A voice for allA purpose rooted in perspectivePower and resilience through a pandemicMomentum means more than a women’s day, or month.Courage leading to action

As the VP of Marketing at The Predictive Index, Jenny Smith Moebius is instrumental in refining the company’s brand and messaging. She’s a category creator who’s helped propel PI forward, carving out a niche as the leader in talent optimization.

She also embodies the company’s vision of Better Work, Better World by modeling self-aware leadership every day. A Miami native and proud Cuban-American, she’s been at the forefront of not only PI’s International Women’s Month efforts, but a wide range of DEI endeavors.

Jenny serves as a mentor to dozens of PIoneers—on her team and beyond—and it’s easy to see why people follow her lead. She’s been courageous in her advocacy, both internally and externally. She’s taken stands on matters ranging from the deeply rooted (supporting the API community amid a rash of violent hate crimes) to the day-to-day (speaking to a culture of allyship and calling out microaggressions like “hepeating”).

A voice for all

Jenny’s uniquely adept at balancing corporate messaging with a sense of social responsibility. The intersection of optics and activism can be tricky to navigate. Some organizations prefer that their marketing people keep things buttoned up. But Jenny deftly combines PR savvy with her greatest passion: empowering others to find it within themselves to better their lives.

She lives by an open-door mantra, and it’s no coincidence that PI has made significant strides during her relatively short tenure—not only in terms of the number of women now in leadership roles, but by better amplifying new perspectives and broadening representation across the organization.

Her approach often ties back to a singular theme: Any chance to advocate for yourself or others is an opportunity for growth.

“I always ask those I mentor to ask themselves, ‘What do I have to lose?’ and ‘What do I have to gain?’ And for ‘lose,’ if the answer is fear of rejection or receiving tough feedback, we work through it, specifically on flipping the script. Rejection and feedback are opportunities for further discussion and growth, not for coming down on yourself.”

A purpose rooted in perspective

Long before she joined PI in 2019, Jenny committed to battling gender bias in the workplace, and championing a culture of inclusion. She’s a mother of two who’s worked in PR and as a consultant, and she knows all too well the career sacrifices women are often simply expected to make.

She doesn’t approach her role differently because she’s a female VP, or because professional development is a company-wide priority. Rather, it’s in her nature to coach, to empower, and to give voice and confidence to those who might lack them.

She’s all about raising people up to smash the glass ceiling, rather than climbing on top of each other to do so. She’s seen firsthand how toxic a culture of cutthroat competition can become—especially among women vying for precious few leadership roles. That sort of workplace dynamic can be counterproductive, in much the same way dating shows like The Bachelor can corrupt impressionable teens into thinking they need to push each other aside to achieve individual success.

“As a society, we could instead teach our girls to empower one another from the start,” Jenny proposes.

In supporting one another, we’re more likely to shine light on the unique value each person brings, and achieve collective progress. It’s a notion that transcends mentorship or female empowerment, and not coincidentally, is integral to talent optimization.

“Mentoring women and other underrepresented groups is a personal passion and responsibility of mine,” she says. “It’s only through diverse voices and thought that we can make a better world—and leave a better world behind for our kids.”

Register for OPTIMA21, and gain access to keynotes by Pat Lencioni and other top thought leaders.

Power and resilience through a pandemic

Jenny has a high extraversion drive; she’s professional yet always personable. She’s quick to admit that full-time remote work isn’t her favorite—she misses the energy of the office and the organic opportunities to connect with colleagues, whether they’re seeking advice, feedback, or just a laugh over lunch. She threads the “boss” needle well—self-aware and approachable, yet highly respected throughout the organization.

But she’s dead serious when it comes to the progress PI’s made over the past year, one she admits was “the most difficult” of her adult life. She passionately cites achievements made during a global pandemic that disproportionately impacted women in the broader workforce.

“I’m particularly proud of the progress PI has made, even in the most turbulent business climate in recent history,” she says. “Of the 14 PIoneers at Vice President level or above, five are women (36%), which is a hefty increase of 14% from 2020. And over the last year, there were 26 promotions—50% of those were women/bigender employees.”

Women climbed to the director level or higher in five of those eight promotions, she adds. That compares favorably to broader data, which shows that women account for less than 30% of senior management positions in North America (a figure that flatlined from 2019 to 2020).

The company showed its mettle during an especially trying year. That included reductions in force, restructuring, economic hardship, and a level of civic unrest that had the potential to divide employees. But those figures lay it bare: Even amid adversity, PI followed through on its commitment to furthering equity.

Momentum means more than a women’s day, or month.

Through foundational programs like [email protected], the company has laid the groundwork for real, lasting progress. The program aims to give previously underrepresented groups greater voice. The internal support for causes such as IWD, International Transgender Day of Visibility, and Black Lives Matter has been promising. PI’s culture of allyship is evolving.

Still, Jenny is well aware of the large step back that accompanied those little ones forward. When it comes to combating gender bias in the workplace, it’s hard to say we’re in a “better” place now than we were a year ago.

“I’m very concerned with the millions of women who left the workforce because of all the extra pressure the pandemic thrust upon us,” she says, noting that child care and homeschooling obligations fell heavily on working mothers.

Yet in the next breath, she tempers those concerns with gratitude and understanding:

“I also completely get it. And for those of us who had the privilege of staying in the workforce, we have the responsibility to hold down the fort, and to keep speaking up and speaking out; so that when they return, they can pick up where they left off. It’s up to us to keep the momentum going.”

For that momentum to sustain, it has to come back to recognizing and squashing those competition triggers. Having seen hyper-competitive colleagues go the other way in the past, Jenny is constantly trying to be self-aware. You won’t catch her telling anyone they need to “pay their dues,” because she knows how much that stings. But it can be hard work fighting back against that sort of mentality.

“I am very intentional about not passing this along to the next generation. It’s not always easy, but I recognize any gender-related competitive triggers within me and squash them! I challenge all women to do the same. Acknowledge them. They exist. It’s a response to history, and also our responsibility to change it for a better future.” 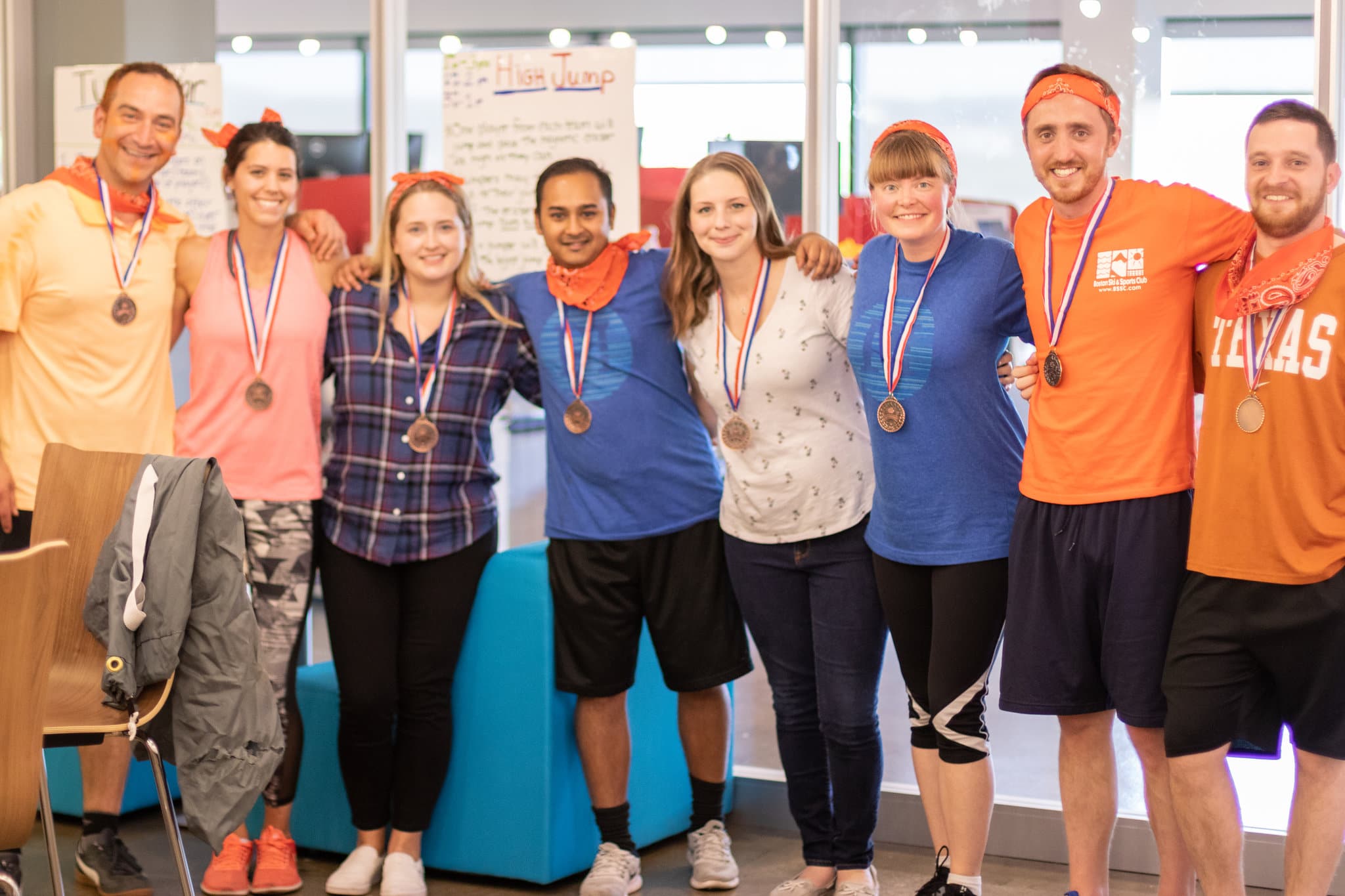 Jenny Moebius projects courage and conviction. Those traits have played a huge role in getting her to where she is. They’re key motivators for her (and others) moving forward.

But like anybody else, Jenny has her days of doubt. She battles forms of imposter syndrome in an often male-dominated business world. She knows she sometimes isn’t her most confident self when the discussion pivots from her language (marketing leads, press mentions, and talent optimization) to… jargon. She admits it can be exhausting to repeatedly rise to the challenge when the language feels designed to confuse, obfuscate, and exclude. But she’s here for it.

“It is 100% a challenge I fully embrace. I don’t know if it’s nature or nurture, but I have an extra dose of courage and I am compelled and committed to helping others find it within themselves to better their lives.”

The culture at PI can provide another dose, too. She calls CEO Mike Zani a mentor—someone who sets the tone by challenging norms and fostering inclusion from the top down. She sees other women from all sorts of backgrounds, across the business, who are putting in the work just like her, and that’s inspiring.

And for young women or any professionals concerned with being chided for challenging the status quo, she has reassuring words of courage:

“If you can, find a company that matches your values so that you can challenge norms without fear. Those companies that do not provide a safe space for diverse voices will start missing out on great hires and begin to fail; and those companies that do will succeed and start becoming the norm, not the exception.”

It’s not lip service. Despite all the trials the past year brought, and all the challenges she’s encountered herself, Jenny’s resolute and optimistic about making Better Work, Better World a reality. And she’s certainly got the courage to back it. 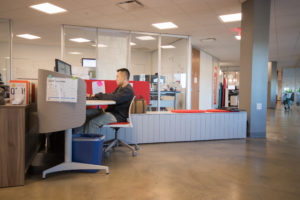 Embrace the challenge: Modeling DEI with a sense of personal responsibility

Beyond the briefcase: The power of inclusive career pathing 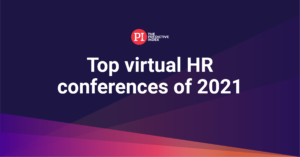 The best virtual HR conferences of 2021