Dysfunctional teams can cripple an entire organization. Infighting and pettiness absorb people’s time and energy, bringing productivity to a grinding halt. Pretty soon, dysfunction becomes the least of your problems.

Well-oiled companies don’t just address conflict when it arises. They understand the root causes of dysfunction, and they work to understand where team members are butting heads before it creates a problem that permeates other parts of the organization.

Doing so isn’t just a matter of maintaining morale and productivity—it’s a necessary element of your ever-important employee retention strategy. Even the most loyal team players will start looking elsewhere if they don’t see any change in sight.

Dysfunction is often about an absence of trust, or an avoidance of accountability. To prevent dysfunction in teams, you need an understanding of the “where” and the “why,” in addition to the more obvious “who.”

What makes a team dysfunctional?

The five dysfunctions of a team, as identified by renowned author Patrick Lencioni, are as follows:

This might stem from a lack of vulnerability, which usually starts at the top. Leaders who don’t model humility, or refuse to admit what they don’t know, generally don’t engender trust among their team members. That lack of trust means team members aren’t as comfortable being vulnerable or truthful.

Trust enables healthy conflict. Teams that establish a baseline of trust can engage in conflict because they assume positive intent—they understand each other, and that everyone is working toward and supporting the same team goals. A cohesive team can disagree, then commit to a collective resolution. They also become better at preventing conflict in the future.

3. A lack of commitment.

See how these flow into one another? Even healthy conflict becomes counterproductive if you can’t agree (or agree to disagree) and move forward with commitment to next steps. Maybe everyone isn’t thrilled about those next steps, but a functional team still operates with a collective sense of buy-in, because they’re on board with the stated team goals and broader mission.

4. An avoidance of accountability.

Whatever those next steps are, it’s important team members identify responsible and accountable parties to see them through. A dysfunctional team might also be marked by an inattention to accountability—that is, no one determines who’s accountable for a task, and therefore no one is held to it.

5. An inattention to results.

You can’t consistently achieve positive results without each of these preceding traits. An effective team is constantly measuring, comparing, and re-evaluating the ways results compare with goals. 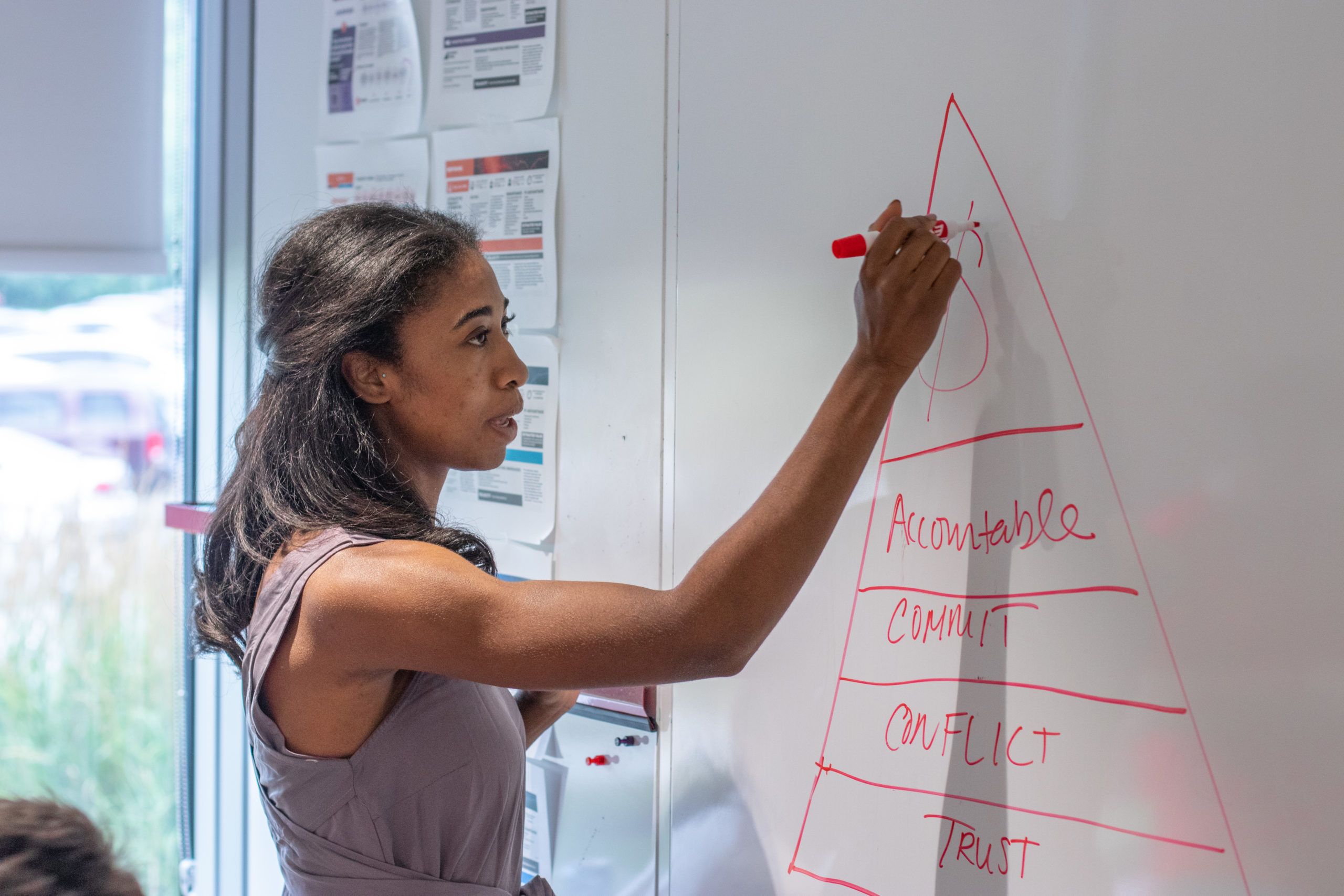 What are the signs of a dysfunctional team?

We’ve covered the roots of dysfunction, but the warning signs aren’t always so obvious. Any of the above root causes might be festering below the surface before they manifest as serious problems. So, how do you know what to look for?

There are a few telltale signs of a dysfunctional team to beware of, including but not limited to:

Are people making decisions without informing affected parties? In the worst case, this can lead to duplicate work, missed work, or both, causing frustration and resentment.

Is the “HiPPO” principle playing out in group discussions? If the “highest paid person in office” is routinely speaking first and loudest, it suppresses other team members and thwarts healthy conflict.

Is everyone always “doing great!”? That might be a red flag. A functional, cohesive team is trusting and confident, unafraid to speak honestly about its concerns, and vulnerable enough to admit when things aren’t going smoothly without fear or retribution.

And not surprisingly, the tone for these signs is usually set at the top. A leadership team that models vulnerability and encourages equal contributions will knock down silos, enable genuine harmony, and promote leadership at all levels.

How do you fix a dysfunctional team?

You don’t “fix” a dysfunctional team so much as you start addressing the root causes. And establishing a baseline of trust is both the most important and potentially the most difficult undertaking, depending on how deep mistrust may run.

Peeling back the onion on a lack of trust will mean asking tough questions, like:

Business owners and executives must be willing to self-examine and open themselves up to feedback. Without that sort of commitment to self-awareness from the top, you won’t get anywhere. Because ultimately, if leadership isn’t willing to ask the tough questions and absorb the answers, it could compound the issue.

Fortunately, you can enable these conversations by employing behavioral data, which helps you better understand not only yourself, but other team members. Building organizational awareness is an essential component of any sound talent strategy. And by understanding how everyone is wired, you can gain crucial insight into how they prefer to receive information or feedback.

Still, if the mistrust runs deeper—i.e., is more personal in nature—you may need to get human resources involved. While HR or People Ops ought to be part of the broader leadership team, their involvement at the team level may not be warranted unless the dysfunction is rooted in interpersonal issues that can’t be addressed by managers. 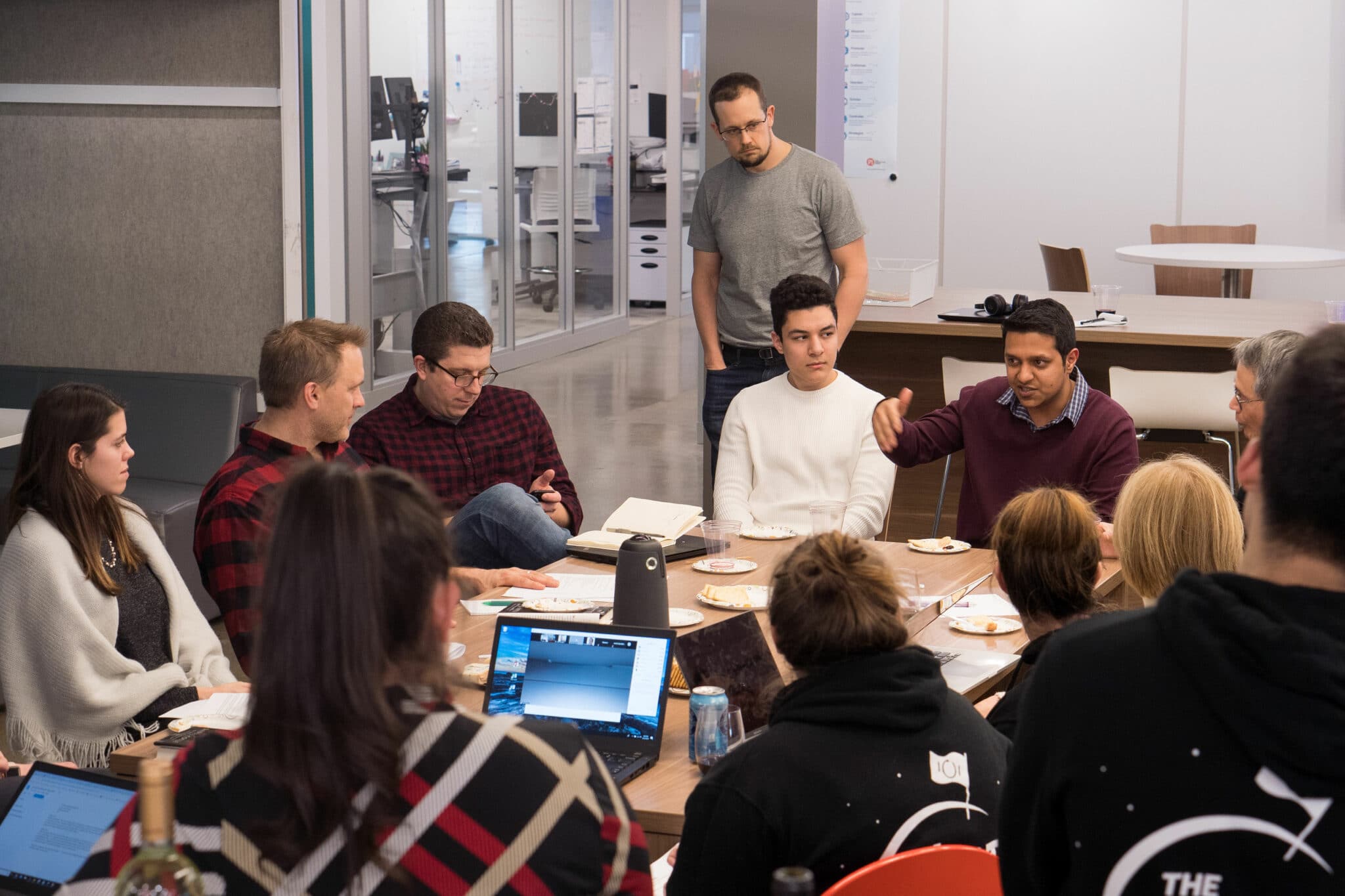 What does dysfunctional leadership look like? You usually know it when you see it, but some of the most common forms include:

Talking first, often, and only.

Limiting or shutting down contributions from other team members is a surefire way to seed mistrust and generate resentment.

Overlooking the importance of team building.

Trust doesn’t come solely from business talk. Good leaders take the time to understand their team members as people, too. While you need to be especially intentional with remote and hybrid teams, the good news is there’s no shortage of virtual team-building activities out there.

A high-performing team will take time to pause for feedback at various stages of its processes. Leaders of functional teams will make sure to ask, “How is this landing?” Dysfunctional teams will never have the opportunity to express concerns, offer suggestions, or engage in the healthy conflict that ought to precede alignment of goals—and commitment toward action.

Buy-in begets teamwork, and trust enables commitment and accountability. The most effective leaders understand this intuitively, but it still takes effort to continually develop this sort of trust in your teams, especially as you add and lose members.

Team cohesion is a nuanced process. Not every team is definitively cohesive, or totally dysfunctional. Most lie somewhere in between.

That said, lack of trust is the primary component dictating dysfunction. And it has many snowball effects:

Of course, true investment in yourself and your team members is made easier with the right tools and data. PI’s Behavioral Assessment™ promotes individual self-awareness, enabling better hiring strategies, while the Design and Diagnose platforms enhance awareness at the team and organizational levels. With PI Inspire, managers can leverage these insights to stave off employee disengagement, and get more discretionary effort out of their direct reports.

Arming yourself with behavioral insights makes the long slog from dysfunctional to dynamic just a little bit easier. 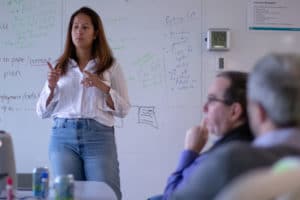 4 steps for leading in a hybrid, post-pandemic world 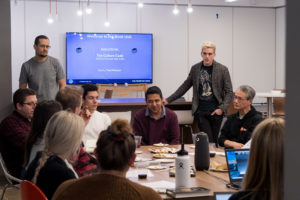 How to build a strong and successful team 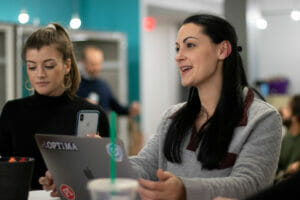