In 1994, economist David Birch coined the term gazelles to describe high-growth companies whose revenues increased by 20% or more each year for four consecutive years. Today, there are more ways to describe companies: Cockroaches are lower-risk startups with slow-but robust growth, and unicorns are high-risk startups valued at more than $1 billion.

What do these companies have in common? They’re all exponential organizations—meaning their impact is disproportionally large compared to their peers due to the new organizational techniques they’ve implemented.

In 2006, Netflix decided to improve the accuracy of its movie-rating algorithm by 10%. But its research and development (R&D) department had quite a “small” budget for the entire year— just $48 million. So the company decided to leverage the global force of innovation.

Netflix created a competition. Contestants were tasked with improving Netflix’s current movie-rating algorithm by 10%. The winner would receive $1 million.

51,000 people from 186 countries applied for the contest. After three years, the contest ended. From 44,014 valid submissions, there was one algorithm that reached the goal.

Let’s quickly do the math here.

An average R&D engineer has a $98,000 salary. Fifty-one thousand people applied for the competition. Multiply a $98,000 salary by three years and you’ll land at $14 billion. So that was $14 billion worth of R&D that Netflix received for just $1 million—way under budget.

The takeaway: While you might not be able to crowdsource depending on how regulated your industry is, consider what innovation you can outsource. These organizational techniques can save you money—and they can also free up your in-house team to focus on more critical projects.

Did you know that Google has a team whose only job is to find a way to disrupt Google’s current business model? We can learn a lot from that. It’s about staying one step ahead of your competition and driving innovation by failing fast and failing small.

One of the most important messages of the Lean Startup Movement was “Fail fast, fail often, and eliminate waste.” And as Nassim Taleb explained, “Knowledge gives you a little bit of edge, but tinkering (trial and error) is the equivalent of 1,000 IQ points.”

“Knowledge gives you a little bit of edge, but tinkering (trial and error) is the equivalent of 1,000 IQ points.”

If you have a hierarchical structure in place and need the approval of 74 different people to test something out, then the competition will steamroll ahead because you’re not fast enough. You might try a different approach to speed things up and boost innovation.

The Martin Trust Center for MIT Entrepreneurship has an interesting process that smaller companies can quickly adapt and copy.

Five teams with five members design a new minimum viable product (MVP) for five weeks and with a maximum spend of $5,000.

After five weeks, the teams present their findings by using business model canvases, competitive analyses, and product-market fit. It’s a great example of how to fail fast and fail small; most of these MVPs will probably fail, but there will be some that will be developed further and created into products.

Let’s look to Google again: The company encouraged employees to spend 20% of their time on side projects. And that’s why we have Gmail and Google Maps—they begun as 20% projects.

The takeaway: Think about how you can make room for innovation—maybe it’s a hackathon or a competition. Ensure your core values and the behaviors you reward align to a fail-fast culture. For example, if your company emphasizes precision, you’ll need to make an adjustment and begin to emphasize values such as action or speed.

When it comes to implementing new organizational techniques, you can’t just copy what worked for some other company. It’s about figuring out what worked for them and then assessing if it can work for you, your market, your size, and your reality.

If you want to apply a new organizational technique in your company, try it on a smaller scale. And only if it works should you try to apply it to the entire organization. 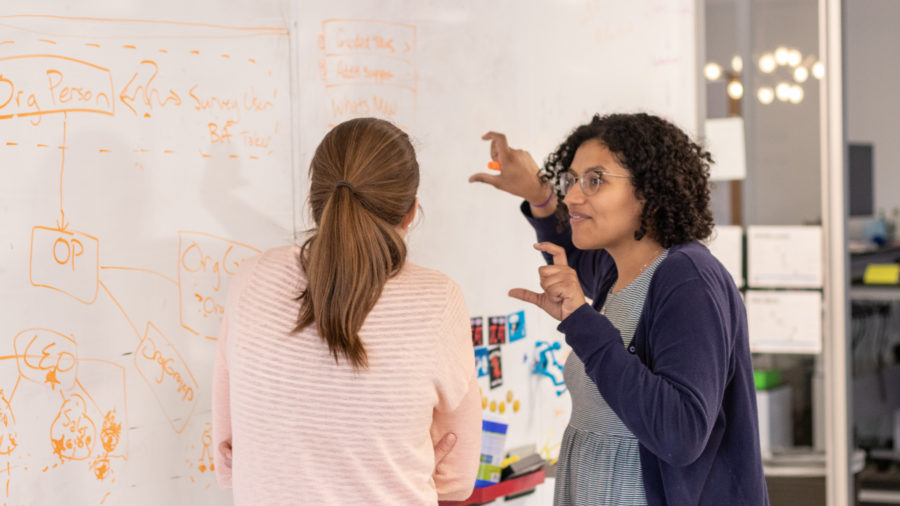 What we can learn from the New England Patriots about teamwork