Q. What’s your background?Q. What was your primary business focus before PI?Q. How did you first hear of PI?Q. What was it like after becoming a PI Certified Partner?Q. How do you use the PI platform today?

Founded in January 2011, IN2GREAT started out with a strong aversion to assessments after seeing many in the market that failed to make a significant company-wide impact. The success generated from the pairing of The Predictive Index’s subscription-based platform and the firm’s impressive experience quickly made Bob Borscherdt and John Broer of IN2GREAT believers. Read the Q&A below to find out why this firm chose to make PI their primary focus.

Bob: “My focus in the businesses I’ve owned has always been organizational design, finding leaders, and building teams. I basically focus on one mission: How do you inspire and equip people to be everything they were created to be?”

John: “I came on board about two years ago, but have known Bob for 27-28 years. My entire career has been centered on organizational performance, training, and development. I also had my own corporate training practice for 13 years.”

Q. What was your primary business focus before PI?

Bob: “We have no specific niche. This work has always been industry-agnostic. We just go where the relationship and need take us. As I originally went out and started talking to business owners, executives, and leaders, I noticed they were really concerned about how they were going to develop the next generation of leaders. I also noticed that people were tired and weary of sending employees to seminars. Paying the money for it and seeing nothing implemented. To solve this, we adopted spaced learning. We worked with leaders in monthly academies to gain traction and implementation.”

Q. How did you first hear of PI?

John: “After I got out of my private practice, I was building a corporate university for a global employer. One of the divisions within that global company was using PI. After seeing how powerful and useful it was, I rolled it out through the entire company. The second it was an option to become a PI Certified Partner, I brought the opportunity to the firm and said, ‘We have to do this.’ The one thing that we didn’t want to be was ordinary—there had to be something out there that could differentiate us.”

Bob: “John asked if we had ever heard about The Predictive Index. Sara and I had not, so John started explaining it as a behavioral assessment tool. Sara and I immediately rolled our eyes and said, ‘We’re done with that assessment stuff. People love when they get their report, but then no one does anything with the data.’ John then showed us the entire platform and how it was more than just an assessment tool, and we knew that we had to give it a try.”

“We very quickly saw the power in PI’s ability to help clients and to create a different business model for us. We drank the PI Kool-aid early on and got to work on our messaging” – Bob

Q. What was it like after becoming a PI Certified Partner?

Bob: “We hit the streets right away and went to our network. I had a small client base at the time, and we just started talking with people. The first year, we committed to two things: 1) Let’s prove out the platform. Does it do what it says it does? We quickly found out it did. 2) Does this message resonate with people in the market? I would say it absolutely did. Consequently, we were landing clients we would have never had the opportunity to talk to before with just our leadership development offering.”

John: “Pretty early on, we realized we found the missing piece. Twenty-four billion U.S. dollars are spent on leadership development, but according to Gallup’s last poll, 67% of US workers are disengaged. There’s a real disconnect there. What we were teaching and how we were teaching it was obviously not effective if that 67% stat was true.”

“PI has totally separated us from the other companies we compete with. It’s given us the ultimate differentiator.” – Bob

The old school way of consulting is over.

Be a true strategic partner by adding PI to your consultant toolbox.

Q. How do you use the PI platform today?

Bob: “We like to say data, not drama. Most of the time, people just deal with the drama—the interpersonal stuff. To correct this, we’ve created something we call ‘Leader Deep Dives.’ We take the CEO of an organization and bring them into a highly-confidential environment for at least two years. Leaders have nowhere to go to talk about the people problems in their organization, and we provide that safe space. After they meet with us, they know themselves better and they know their team a whole lot better.

PI allows us to really dive deep with the leaders. It’s the most powerful thing we offer, and it takes the drama out of the situation. We bring up their data first and allow them to talk about their team. We then help them understand why they may be struggling with a certain person and help them figure out an effective workaround. Today you can’t lead to the group; you have to lead to the one.”

John: “Most of our clients are completely blown away by the objective data. Theory is great, but the data really resonates.” 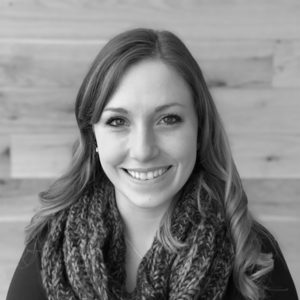 Laurel is the OPTIMA and events manager at PI. She's a licensed horseback instructor and owns a Dutch Warmblood horse. 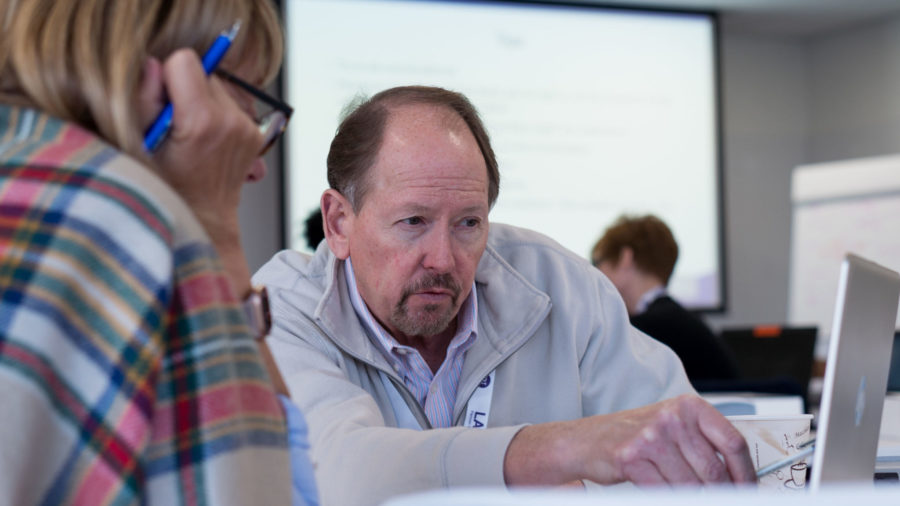 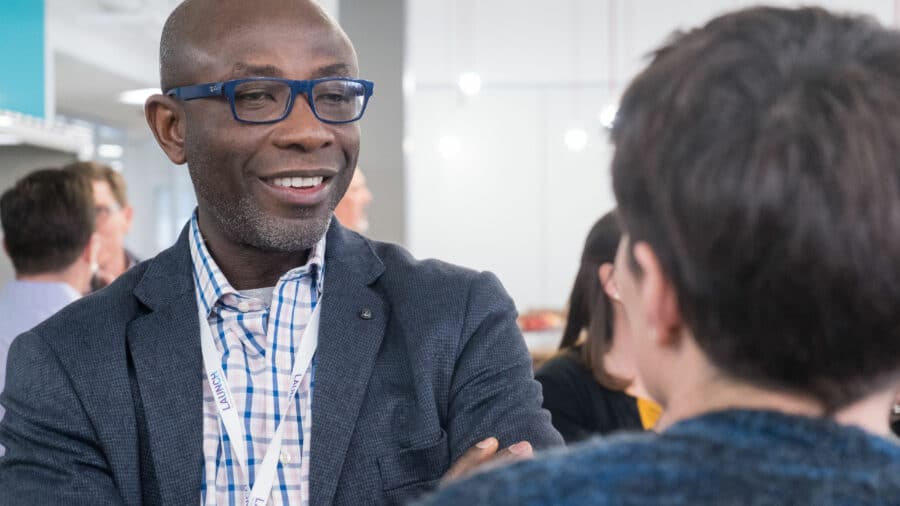