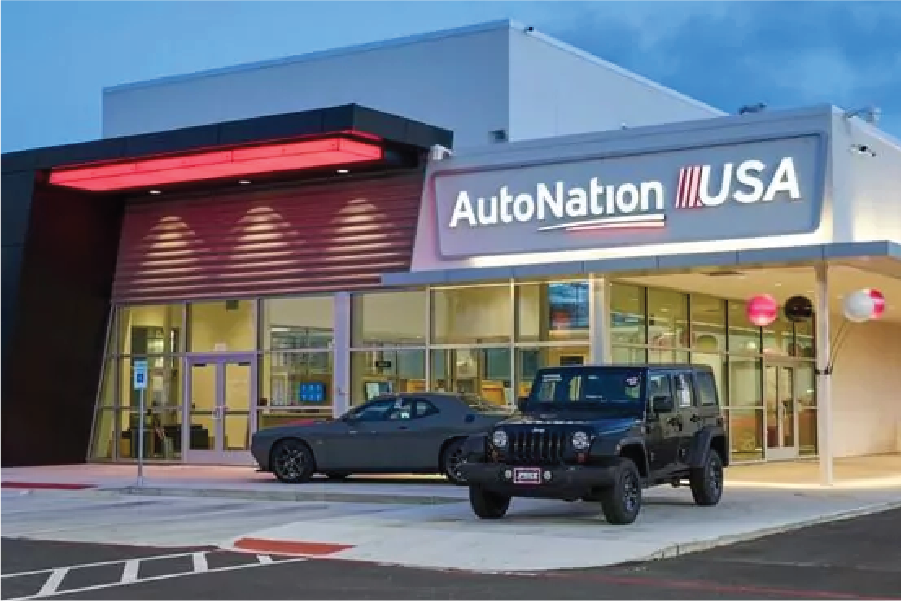 AutoNation is America’s largest automotive retailer, selling more than 34 automotive brands at 360 new vehicle franchises across 16 states. AutoNation’s 26,000 employees deliver a range of products and services—including new and used vehicle sales, repair services, and auto finance and insurance products. Founded in 1996, the company prides itself on service and charitability, with a goal of moving the company, community, and industry forward.

Brian Kramer had his work cut out for him when he was appointed general manager of AutoNation’s Clearwater, FL Lexus dealership. Problems that plagued the industry as a whole were particularly glaring at Kramer’s location. Negative perceptions of a “car salesperson,” lack of formal sales training, and demanding schedules—dealerships are expected to be open seven days per week, with service available as early as 7 a.m.—caused high turnover, recruitment difficulties, and performance issues in the sales and service departments.

It was clear Kramer’s existing talent strategy was broken—the question was how to fix it. To get the right people in the right roles, he needed to understand his current employees. Kramer turned to The Predictive Index Inspire solution, having heard it would quickly deliver the most insightful diagnosis of his team. Once employees completed the PI Behavioral Assessment™, Kramer compared the results to a PI Job Target™—which outlines the behavioral traits required for success in a given role. These data points empowered Kramer to pinpoint matches and gaps between individuals and the roles they were in, then take swift actions to improve.

Soon after implementing PI, Kramer noticed an employee who had been recently promoted to a sales leadership role was underperforming to the point of being at risk of demotion or termination. Kramer compared the individual’s behavioral profile to the Job Target to assess strengths and gaps to success. The data enabled Kramer to develop a custom coaching plan to improve the employee’s problem-solving and organizational skills, assertiveness, and attention to detail. In just six months, she became one of the dealership’s top performers. She was soon promoted to manage an entire region—overseeing approximately 155 employees. In that role, she took the dealership from being the least profitable to most profitable, increasing total profits from $130,000 per month to $275,000 per month.

But Kramer didn’t just use PI to optimize talent on his sales team. When he noticed low morale and productivity on one of his service teams—which, incidentally, had the lowest possible ranking on the Repair Quality Index (a key metric in the automotive service business)—he decided to find the root of the problem. Kramer compared the foreman’s behavioral profile to a Job Target and discovered that although the foreman had the technical skills for the role, he didn’t excel at or enjoy people management. The foreman switched roles with another employee whose behavioral profile was optimized for the Job Target—and within 90 days, the department’s productivity increased 110%, quick service labor hours doubled, its Repair Quality Index ranking jumped to the top five, and morale improved significantly.

“Labor hours are directly connected to profitability,” Kramer explained. “So the increase in productivity as a result of our PI data was huge for our business and our customers—especially since we anticipated it would take two years to achieve.”

The simple change improved the work experience for the two employees who switched roles, but the positive effect also spread throughout the entire department and improved the bottom line.

These successes empowered Kramer to continue optimizing talent to drive growth through data-driven insights. Since implementing PI, the dealership has promoted more employees than ever before—and more than any other dealership—into corporate and leadership positions. In turn, these employees have introduced PI within their dealerships to build stronger cultures and drive financial performance.

“I firmly believe that having workplace analytics at our fingertips made all the difference in the world,” Kramer said. “Without The Predictive Index’s behavioral data, we would not have achieved these results.”
In addition, Kramer’s AutoNation franchise achieved:

Kramer discovered his dealership’s untapped potential and drove business results with the power of talent optimization. “It goes to show what the right person in the right role can do,” Kramer said. “Had PI not identified who the right people were and where they should be, we wouldn’t have delivered these results.”

I firmly believe that having workplace analytics at our fingertips made all the difference in the world. Without The Predictive Index’s behavioral data, we would not have achieved these results.
Brian Kramer
General Manager