ServiceMaster achieved alignment across five brands through TO practices 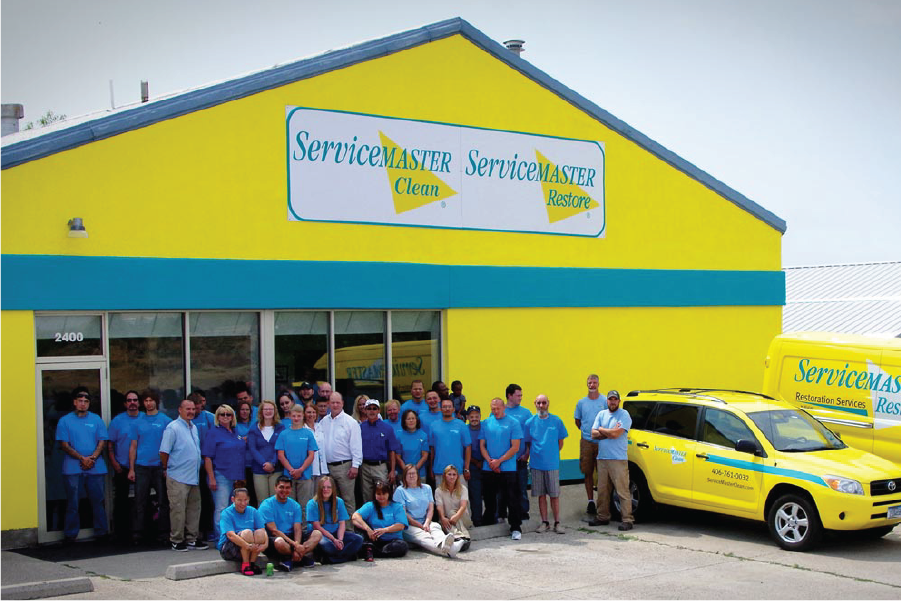 Ian England was a ServiceMaster Canada franchise owner when he realized he needed to hire better fits for his open roles. Seeking help to solve his hiring dilemma, England was introduced to PI Hire. Despite being unfamiliar with PI, he saw it as the most simple and easy-to-use assessment platform that was backed by science, and decided to see whether it could help him make better hires.

England began implementing the PI Behavioral Assessment™ in the hiring process, giving each candidate in the pipeline an assessment before conducting full interviews. He quickly found that the fast, accurate results told him exactly whether a candidate would be a good job fit without spending time or money working with a third party.

“The Predictive Index Behavioral Assessment helps us come to a conclusion about a candidate in a relatively short amount of time,” said England. “Unlike a lot of other solutions, the PI Behavioral Assessment provides a ‘deep quick read’ on an individual and allows us to manage the hiring process ourselves.”

But he didn’t only use the assessment on job candidates—England also gave it to his existing employees in an effort to understand and optimize his franchise’s talent. Using PI’s Inspire solution, he discovered some people—including himself—were in the wrong roles. Using the data and insights from the behavioral assessments, England altered job responsibilities to create a more productive and harmonious working environment. In his role as a franchise owner, England—a salesperson and marketer by trade—had been focusing his energy on operations. Meanwhile, his operations manager was acting as a salesperson. The behavioral assessment identified the gaps between their behavioral needs and job requirements, enabling them to make a change that worked much better for them and the business.

“The data from the PI Behavioral Assessment was a great eye opener for me,” said England. “I had no experience in ‘people management’ at the time. It dramatically changed the way we did business.”

England eventually sold his franchise business to join ServiceMaster Canada’s corporate office. The corporate leadership team was also using the behavioral assessment to manage more than 50 employees and to hire and onboard new people internally and for franchise locations.

As a company driven by franchises, ServiceMaster Canada found PI to be a critical tool in selecting new franchisees. England and his team review an average of 30-40 applications annually for new or transfer franchise sales across four business divisions. Through the process and insights from PI’s data, the team has created two distinct franchise models—each with a different skill set that streamlines the hiring process. The “start-up” franchise model is for a new business in a new territory, and the “mature” franchise model is for an existing territory under new management. The PI Behavioral Assessment helps them quickly determine likelihood of fit and success for each type of franchise model and franchisee.

Not only was England able to make better hires using PI, but he was also able to better align people to the strategy based on their natural behavioral strengths. After implementing PI, ServiceMaster Canada noted many positive outcomes, including:

With the power of PI’s people data and insights, ServiceMaster Canada is better equipped to optimize its talent and achieve its business goals.

We believe if you hire someone knowing what you’re going to see in six months, you have a better chance of keeping people long term and productive. The PI Behavioral Assessment is the one tool that lets you understand what you’re getting into from the beginning so you have a much better chance of succeeding.
Ian England
Vice President of Operations