How to manage team conflict

This course will help you better understand why conflict occurs within teams, the different kinds of conflict, and actions you can take to prepare when conflict arises.

How to increase team cohesion

How to manage team conflict

Managing Team Dynamics in a Downturn

Are some teams doomed to fail?

Team Performance Certification How to manage team conflict Are some teams doomed to fail?

Think about the worst team you’ve been a part of. Were there times where you thought there was no possible solution? Are some teams doomed to fail from the beginning? In some cases, yes. There are two major reasons for this that you can avoid when building your teams.

The first can be summed up by the quote to the right from Matt Poepsel during a recent interview on team cohesion. Many organizations form teams and jump straight into the work they need to perform. This seems like an obvious choice to get quicker results, but if you’re looking to yield more from the team, start by working on the team itself. 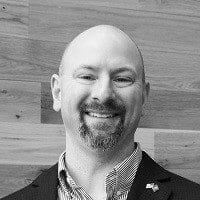 “Team’s wont work if they only work on the work.” Matt Poepsel SVP of Product at The Predictive Index

Although deliverables are important, make sure you also prioritize the needs of those team members. Take the time to negotiate how each member can meet their behavioral needs before it becomes an issue. Not sure of the behavioral differences within your team? Using The Predictive Index’s Team Discovery tool can show exactly where these employees fall and help facilitate the conversation.

The second reason for a team being doomed to fail is because employees were chosen to play a role on the team that they weren’t suited for. When you think about hiring an individual for a job, you want to make sure they are the right fit. This idea applies to positions on a team as well. Make sure you are constructing your team in a way that aligns with the work to be done.

For example, someone with very extraverted behavioral preferences would probably not enjoy working on a team where their role is very heads-down, working with data. Even with a generally positive team relationship, having the wrong people in the wrong seats will cause conflict and tension eventually.

Previous Lesson
Back to Course
Mark Complete & Next Lesson