Not a PI Client? Request a Demo

The PI Behavioral Assessment provides a deep look into an individual’s workplace behavior, including their natural drives and needs. Consider that the majority of work is done as a team, however, and it’s important to understand how individual work styles manifest as a collective team identity. The larger the group, the more complex that identity becomes.

Team Types provide a simple approach to understanding a team’s behavior. By analyzing the aggregate behavioral assessment results of a team, PI can summarize the overall behavioral styles and motivations of that team. We explore this concept here.

The science of teams

In 2019, PI scientists began to categorize teams according to PI Behavioral Assessment data. This research effort involved a sample of 127k individuals across 22k teams. Each individual’s data was scored based on their most dominant behavioral factors, which were then considered across the team level.

This work resulted in the formation of nine distinct Team Types. The analyses demonstrated a balanced distribution of Team Types across the large sample.

Explore the interactive below to learn about the strengths and caution areas of each Team Type.

This video will explain how those Team Types are determined based on the members that make up the team. 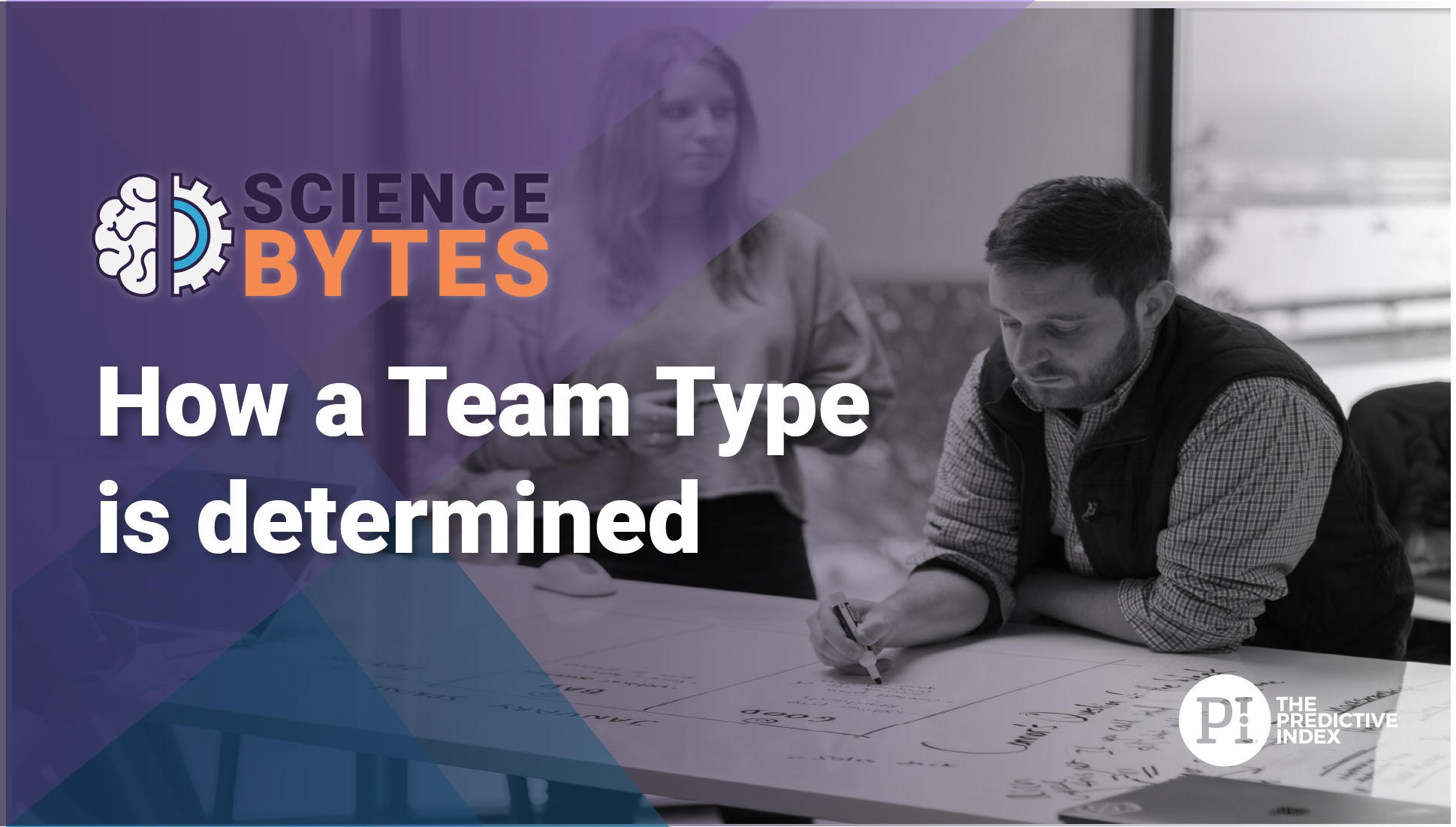 It’s common to have individuals who don’t match with the rest of the team. You might think these people don’t belong, or that they should be moved to a different team. In reality, these people are often pivotal to team success.

We like to refer to these people as “balancers.” The role of a team balancer is to provide a healthy counterbalance to existing team norms, and to challenge groupthink. Use the interactive below to learn more about the role that balancers play on various teams.

The following chart shows the distributions of Team Configurations based on team data within the PI software. The data below is from an analysis of 22,486 teams.